​​The flag, as it is currently, is not designed as a flag. It is simply the city seal  added to a blue background. I think the seal itself is fine, and operates well as a seal.  I am not advocating changing the city seal.  The seal however, was not designed primarily as a flag and consequently does not work well as a flag. The type is small, especially at a distance and the design is generic. In light the aforementioned articles and Ted talk I decided to design a new Saginaw City flag.  This is what I came up with (thanks to Blake Johnson for his help): 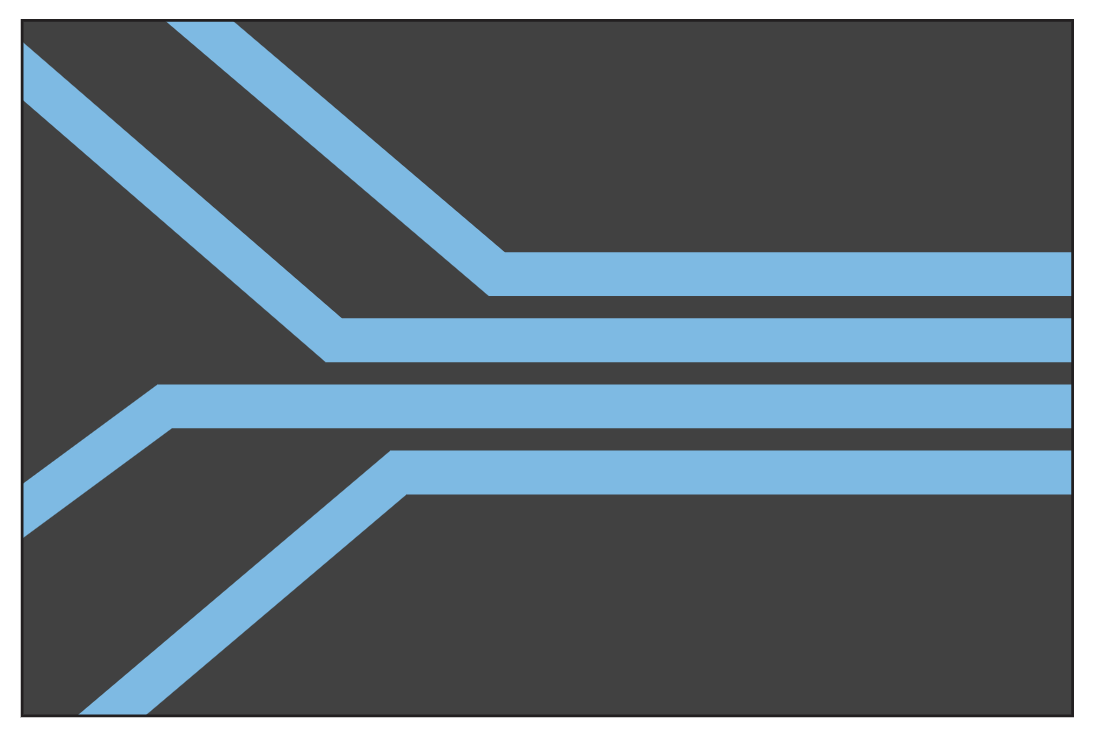 The City of Saginaw rests near the formation of the Saginaw River. The proposed flag is a simplified representation of its geographic location. It represents the formation of the Saginaw river by the confluence of the Cass, Shiawassee, Flint, and Tittabawassee rivers.  On a secondary, and equally important level, this design represents the people of Saginaw coming together for a common purpose. The unfortunate and ironic truth is that this natural symbol of unification has long been a landmark of division between the populations on the East and West sides. My proposal is that the people of Saginaw turn to the river as an example of cooperation and advancement. My hope is that the people of Saginaw embrace this flag as a banner that they carry together into the future.